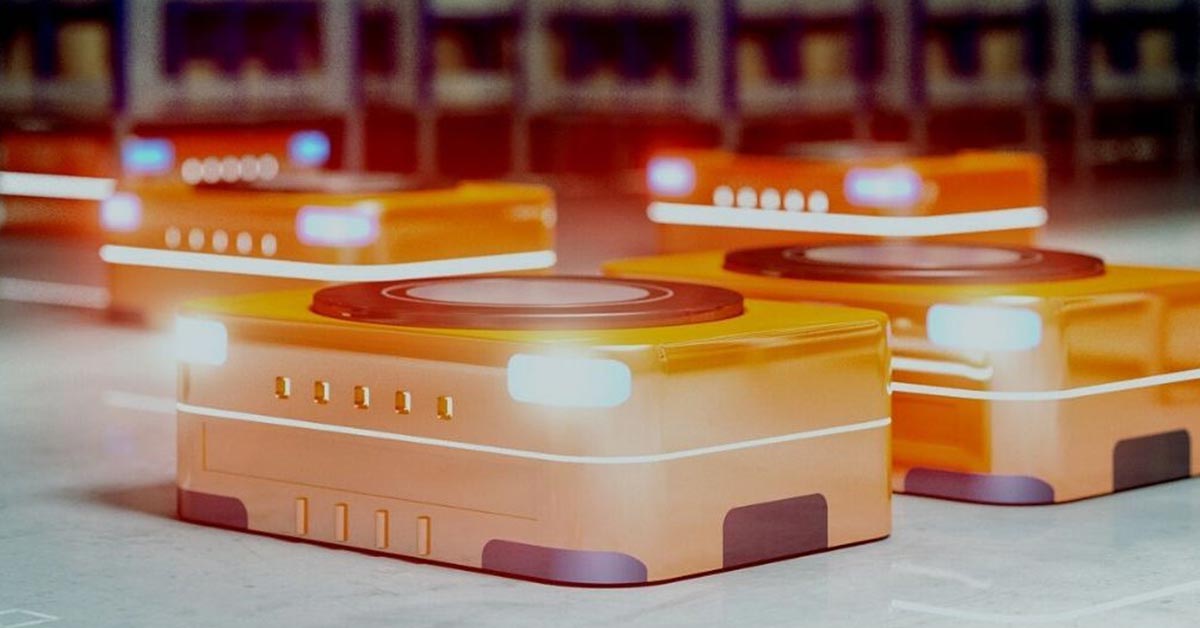 In the not-so-distant past, people were the only laborers in a warehouse. Their jobs included everything from material transport and palletizing to performing repetitive tasks like moving and lifting heavy boxes on and off of racks. Now, thanks to autonomous mobile robots (AMR), warehouse operations can run more efficiently and laborers can spend more time on value-added tasks while mitigating repetitive injury risk.

But what happens when people and robots share the same workspace? How do you ensure worker safety while utilizing robots to do repetitive tasks? A couple of easy-to-use but necessary safety components could be your answer.

Inclusion of an emergency stop function, or e-stop function, has been a machine standard for years. According to ISO 13850:2015, machine e-stop function “is intended to avert arising or reduce existing hazards to persons, damage to machinery or to work in progress, and be initiated by a single human action.” In a warehouse scenario where humans and robots are working together, the need for an e-stop function is critical.

Traditionally, e-stop buttons are placed on the machine. But in emergency situations, this means a person would be running towards danger to stop it instead of away from it. Integrating a wireless e-stop allows workers to stop the machine (autonomous mobile robot) immediately from a distance if abnormal or unsafe behavior is observed. The ability to wirelessly stop the robot keeps humans out of the danger zone and creates a harmony between AMRs and people sharing the same workspace.

In larger autonomous warehousing operations, it may be necessary to stop multiple robots simultaneously. For example, several AMRs operating in a gated area may need to stop if a human enters the zone. If each robot had its own on-board e-stop button, it would slow down productivity and increase risk of injury every time a person entered the gated area. This case study provides a great example of wireless e-stopping with FORT’s Vehicle Safety Controller, making  it safer and easier for workers to stop all robots simultaneously before entering the gated AMR area.

The goal of adding AMRs to warehousing operations is to boost productivity, safety, flexibility, and scalability. In the ideal scenario, all machines are operating properly and productivity goals are achieved. There are times, however, when a robot malfunctions or requires human intervention. In instances where the AMR is trapped in a tight space or isn’t functioning accurately, it’s dangerous and sometimes difficult for a person to physically intervene. Utilizing a remote control system from FORT enables workers to take control of a machine on demand for trouble shooting or maintenance. Expediting the maintenance team’s ability to interact safely with the equipment for preventative maintenance helps to maximize warehouse uptime. After the appropriate changes are made, the person can then relinquish control to the AMR and continue with their value-added tasks. 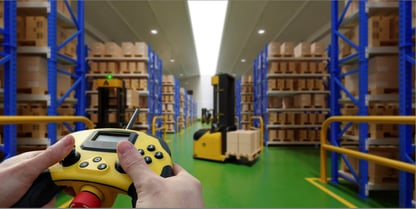 The Future is Now

According to Gartner, within two years, 15% of large enterprises will deploy robots in their organizations and by the year 2025, more than 50% of warehouse and logistics organizations will have invested in robots to augment human labor. For autonomous mobile robot developers, it is critical that human safety is first and foremost. Contact us today to learn more about how integrating wireless e-stop and safe remote control systems into your design will increase functional safety, reduce your risk profile, and ultimately build trust between your AMR and warehouse workers.

Technologies for Protecting Your Robot

5 Ways to Use A Wireless E-Stop

Robo-Optimism: Why We Believe in the Promise of Automation

Take control of your smart machine safety and security.