We’re increasingly living, and working, in a cyber-physical world. Robots and other machines in nearly every industry are connecting to the cloud to unlock the power of the Industrial Internet. The opportunities that smart machines open up are immense: increased production speeds, better data collection and more efficient operations.

But connected machines also pose unprecedented cybersecurity risks. According to a Trend Micro report, industrial robots are vulnerable to attacks that could alter control parameters, tamper with calibration, alter robot states, and more. A cyberattack on an Industrial Control System (ICS) could have disastrous consequences: crippling production, damaging machines and property, and even injuring workers.

How can companies guard against these threats? The answer is to incorporate cybersecurity measures into the early stages of development and integration. Waiting until a robotic system is up and running may be too late. Here are some of the most important factors to consider for a secure robotic system.

Each point of network connection in your operation opens up an attack vector, whether from an external bad actor looking to hack a system, or simply human error from an employee introducing infected technology into the network. It’s important to perform a risk assessment early in your development process and consider questions such as: 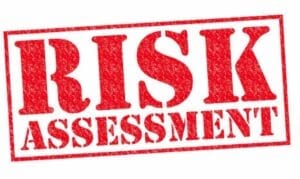 Protecting your network from outside threats is important, but what if someone breaches your firewall, or an employee unintentionally brings in a threat with one of their devices? By securing each endpoint in your system with a hardware-based solution, you can limit potential damage and ensure that a single attack stays contained. Even if a bad actor is able to seize control of a single device, a hardware-enforced barrier will keep them from compromising your entire system.

In the “old days,” safety and security were two separate worlds for machine operations. Operations Technology (OT) teams kept machines safe by implementing physical measures, like restricting access with barriers, gates or keys. Meanwhile, Information Technology (IT) departments would worry about cybersecurity and focus on keeping customer and financial data secure and protected from hackers.

But in today’s industrial environment, cybersecurity is now part of the functional safety landscape, and safety and security issues must be addressed together. A good starting point for understanding this relationship is Rockwell Automation’s report: Cyberthreats Affect More Than Your Network, which states:

“Safety is perhaps the least discussed implication of security threats. Therefore, you need to start thinking of safety and security in relation to each other.”

Industry standards are evolving to keep pace with new robotics security concerns. It’s important to stay up to date with these standards to make sure your system is compliant.

The ISA/IEC 62443 series of standards on security for Industrial Automation and Control Systems (IACS) lays out a framework for addressing current and future vulnerabilities. The series includes cybersecurity requirements for components that make up an IACS, including embedded devices, network components, host components, and software applications. Its newest standard focuses on risk assessment, system partitioning, and security levels.

The landscape of robotic standards can be complex, and compliance requires dedicated time and energy, but the end result will be a safer system with reduced liability. It can also save time and money in the long run, preventing costly remediation. Standards are especially critical for applications that will be used internationally, as their guidelines are mandated by law in many countries.

5. Bring in an Expert

Assessing robotics security risks, complying with standards, and building a fully safe and secure machine environment is no easy task. Whether you’re developing a new robot system or enhancing your current application, partnering with an outside expert can help accelerate your deployment. Working with FORT or another trusted partner allows you to focus on development without compromising safety.

Bringing autonomy to the market is an exciting and rewarding endeavor, but the risk is high, and trust of the machines is low. Breaking through these barriers requires laying a secure foundation now to protect your system as it scales.

Want to learn more about  security for robots? Check out our Ask the Expert videos on Risk Assessment and Hardware-Based Security.